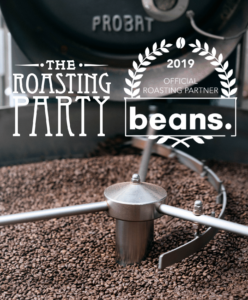 We are proud to have our coffees feature in Beans Coffee Subscriptions. Beans creates bespoke coffee subscriptions based on a customers flavour and brewing preferences. Featuring in the UK’s best roasters they have over 150 coffees which they curate into personalised subscriptions. The coffee is always roasted to order and shipped direct from the roasters on a schedule to suit you.

Check them out at www.yourbeans.com 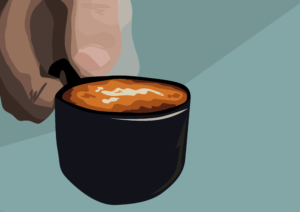 As a barista you strive to provide the customer with the best tasting coffee. So what do you do when the customer asks for their coffee extra hot?

We spent this week’s development trying to determine the best way to keep the flavour and mouthfeel of our coffee but serve it extra hot. We attempted several methods, all preceded with heating the cup with boiling water.

The first attempt we steamed the milk as normal but for a longer period. This was the best way to make the milk extremely hot, but we found all the sugar proteins burned resulting in a loss of sweetness.

Secondly, we made a regular flat white but left space in the cup to add hot water on top. This produced the best results for keeping the pattern, but the coffee became diluted and lost flavour.

Finally we tried stretching the milk for a brief second before controlling it to make it as hot as possible. This proved to be the best method for making the coffee hotter, whilst still maintaining milk sweetness and the coffee flavour and mouthfeel.

We decided that even though the final method proved the best way to make the coffee extra hot, there really is no way to keep the same sweetness or flavour you would expect from a coffee made at 60 degrees (as standard). Therefore for the best taste we recommend straying away from the extra hot coffee.

It’s gone through a rare African process, where the highest quality cherries are placed in a single layer on raised beds, turned daily by hand and dried in the sun for up to 6 weeks.

We roast it in our own special way to bring out the flavours of greengage plum, creamy milk chocolate and orange.

We have a limited stock of 60 kg available so click here to order it now.